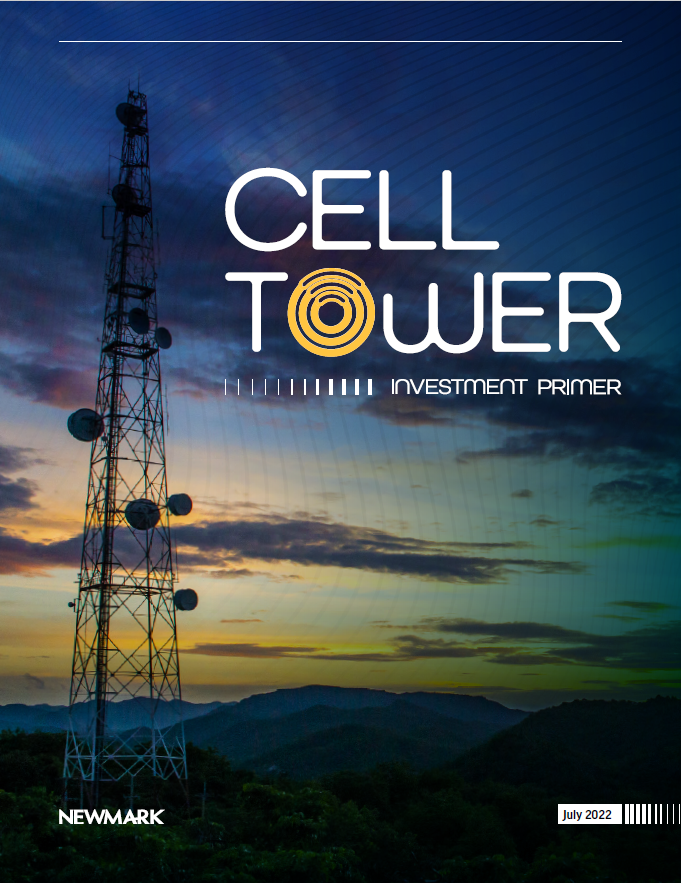 A cell tower is the physical structure that houses the antennas of wireless network operators like Verizon, AT&T, and T-Mobile. Cell phones are tuned to a specific radio frequency, or band, and every company’s signal is different, so Verizon phones can only connect to Verizon antennas. Like the old switchboard operators who manually connected phone calls, cell towers receive, or pick up, radio waves emitted from cell phones. Once received, cell sites transmit instructions to switching centers where calls are automatically connected, and data is transferred to establish a connection. However, antennas have a limited range, so a national network requires cell towers to be spread across the United States for a phone to have a consistent connection.

To meet the demand for a robust and consistent network Verizon, AT&T, T-Mobile, and other networks rely on property owners and cell tower operators to supply most of the land and infrastructure. The table below explains the different types of cell towers. Each type supports different site conditions and network requirements, including the desired height, amount of equipment, wind speeds, soil, urban versus rural environments, and local development standards.

A Brief History of Cellular Technology & the 5G Rollout

Wireless technology began in Japan in 1979 and expanded to the United States in 1983 when Motorola launched its first cell phone through the 1G (first generation) system. While 1G allowed phone calls through an analog system, 2G launched in Finland in 1991 and allowed voice, text, and photo messaging through a digital system. None company owns these technologies; however, since the 1990s, Qualcomm has been a key innovator in the wireless technology industry in the United States. Qualcomm improved the 2G technology and created the foundation of the 3G, 4G, and now the 5G technology. 3G introduced the Internet, which helped the development of smartphones. The improved speeds of 4G allowed seamless video streaming and features like Apple’s Facetime.

5G is the fifth-generation wireless technology expanding across the United States since the Federal Communications Commission’s (FCC) approval in 2019. CTIA, a trade association representing the wireless communications industry, estimates that there are 417,215 cell sites in the United States as of 2020. Since the launch of 5G in 2019, the United States added 67,871 cell sites, which is more construction than in the previous seven years combined. In February 2021, Accenture forecasted the impact of 5G technology on the U.S. economy will be $2.7 trillion in new sales across all major industries. Time will tell the true impact of 5G, but the increased speeds across the country will enable all industries to create faster technology.

The largest cellular network providers in the United States, effectively the only important companies to focus on, are Verizon, AT&T, and T-Mobile. Although these companies have different strategies when creating their networks, they must operate through the same regulatory framework and oversight from the Federal Communications Commission (FCC).

The FCC regulates the frequencies cellular companies use to build their networks. There is a range of frequencies called the electromagnetic spectrum, or simply the spectrum. Cellular companies use the low end of the spectrum to transfer data long distances. Data travels faster over shorter distances using higher frequencies. However, use of the spectrum is not free. The FCC is responsible for licensing the commercial use of frequencies and holds auctions where the networks bid for access to a specific frequency. For example, in January 2022, AT&T led the FCC’s auction process, spending $9 billion for 3.45 GHz frequency.

Licensing the correct band is one of the most important steps for the cellular networks to rollout 5G equipment. Since 5G networks use higher frequency (mid-band) spectrum to achieve faster speeds, the distance between cell sites must shorten to maintain reliability. Mid-band spectrum loses its strength over longer distances. Networks need to significantly expand their cell sites, especially in urban settings where hundreds of thousands or millions of users stay connected. CTIA anticipates that 80% of future cell tower deployment will be small cells—small antennas installed on light posts or flagpoles to blend in with the urban environment.